Body Language – Make it work for you

Most employers will say that they know whether a candidate is a good fit for the role within the first few minutes of meeting them. Seeing as your CV has already got you this far and demonstrated your experience and qualifications, it means that the way you come across in person is now key to getting the job. Body language is a funny thing, because it’s the only language you can’t hear yourself communicate but believe me it speaks volumes to those around you. So when you go in for any interview, meeting or Agency registration it’s really important you do everything you can to make sure that the initial impression you give of yourself is the best you possibly can. Here are a few things to avoid doing:

Folded arms are an absolute no- no. You might not realize you’re doing it – maybe you’re cold, maybe you’re self-conscious, but believe me regardless of the reason it sends out the message that you’re insecure or defensive and puts a barrier between you and the interviewer. Channel your inner ‘Queen’ or ‘King’, they would never sit with their arms folded.

Like arm folding, this can be perfectly innocent and usually a sign of a lack of confidence. We know all too well how intimidating it can feel when someone looks you in the eye and that the temptation to look away is there, but again the best way to show you’re engaged and paying attention is to look an employer directly in the eye. If you want to build a rapport and better connection then this is absolutely key. Resist the urge to look everywhere else but in their eyes – but don’t stare!!

You’ve already displayed in black and white that you are capable of doing the job, hence the invite for the interview, but now you need to show them you have a personality and more importantly the likeability factor and there is no better way to do this then with a simple smile. We know an interview is a nerve-wracking experience but just relax into the flow, have happy thoughts and smile!!

There are two extremes with posture, either appearing too tense or too relaxed. You want to appear professional but calm, relaxed but attentive, confident but not cocky. So once seated do not sit hunched forward but do not also lounge back with your arms and legs everywhere. Sitting up straight with your shoulders down will make you look more confident but also show respect to the interviewer.

This is an instant tell-tell that you are nervous and maybe bored. Avoid shifting in your seat and foot tapping as much as possible. All your gestures should be open and expressive and not like you drink 20 cups of coffee a day. It can help to do a mock interview with a friend, maybe video yourself so you can see exactly what you’re doing and where to make improvements with your body language.

Holding your fingertips together and your palms apart tells other people that you like to be in charge and in control. Bosses and politicians use this gesture often to show they are the king of the castle. In an interview you don’t want to be authoritative, you want to be keen and enthusiastic about the role you have applied for and you want to listen carefully to what you are being told, not take control of the interview. 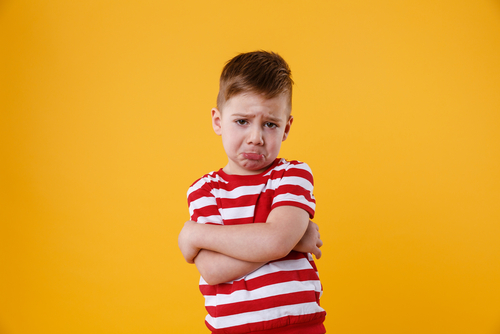 Putting Your Head In Your Hands

Rubbing Your Hands Together

If you want to show how excited you are about the job opportunity you are discussing and how keen you are to get a job offer rub your hands together. This shows enthusiasm, passion and the desire to get what is on offer. These are all things a potential employer wants to see. Try it, it really works.

Often in films and TV shows actors use the gesture of twisting their hair to flirt. Not something you want to do in an interview! If you play with or twist your hair in a job interview you’ll only look like you are nervous and uncomfortable so don’t do it. If you need to do something with your hands just rest them on your lap.

When you rub your eyes it usually means you doubt or disbelief what you’re hearing. So watch yourself in an interview, if you are being told a commission structure you don’t quite believe avoid rubbing your eyes. If the interviewer is rubbing their eyes when you speak it could mean they don’t believe what you are saying so you might benefit from stopping and asking for the interviewers feedback so you can address their doubts.

Rubbing Or Touching Your Nose

If you rub or touch your nose you can appear dishonest. If you do it in a conversation that requires openness and honesty you’ll have trouble accomplishing your goals. If someone interviewing you is rubbing their nose it’s a good indication that you need to be careful not believe everything they tell you, so watch out.

Standing With Your Hands On Your Hips

This pose is tricky. In some cases it can mean that you’re feeling angry and may behave aggressively. In others it may simply mean that you’re enthusiastic and ready to get things done. How someone may interpret your meaning of this stance may have to do with your use of personal space. Be careful if hands on hips is your normal stance as this can really put people off you and may lose you a job offer.

So there you go ultimately most body language mistakes come from nerves and a lack of confidence, but remember it’s not about being confident it’s about acting confident. So even if you aren’t the most confident person, you need to fake it until you make it ladies and gents.

Register your details
Send us your job details
Search Jobs

DON'T SEE ANYTHING THAT SUITS YOU?

If you are actively looking for temporary, contract or permanent employment but don't see anything that is right for you, it's still worth sending your CV to nathalie@burtonboltonrose.co.uk.

We will do our very, very best to help you if we can.